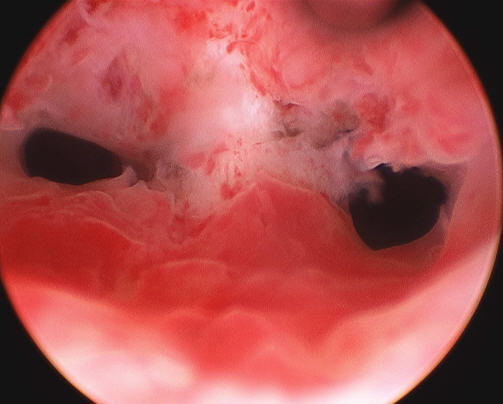 This can be cured with the procedure called hysteroscopic polypectomy.

Presentation: Many times women have slight intermittent bleeding off and on during their monthly cycle. These

are sometimes caused by small tag like growths in the uterus called polyps.  These polyps may sometimes not

be seen on routine ultrasonography.

through a camera on a screen.  These small polyps can be removed under vision with the help of special instruments

be resected with the help of hysteroscope.Video on hysteroscopic polypectomy:

The patient is admitted in the morning and can be discharged in the evening after the procedure.  There is no need to take rest from routine

work after this procedure is over.