Posted On April 6, 2018 by Dr.Shobhana Mohandas 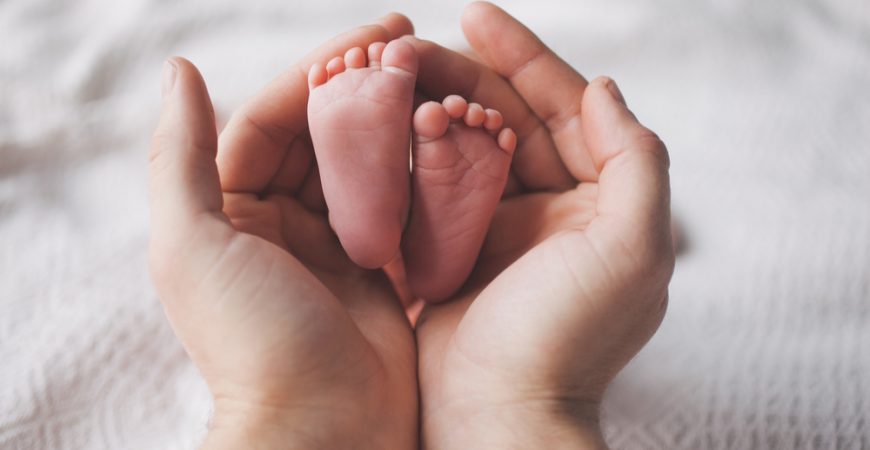 Q:When should a couple worry about infertility?

A:Ordinarily, if a couple stays together for 6 months without using contraceptive methods unable to conceive, it may be time to investigate for infertility.  If the woman has grossly abnormal menstrual periods, investigations may be started much earlier.

Q:What is the normal physiology of fertilization?

A: Normally, a woman produces ova from her ovary. The ova are extruded out  every month at about the 14th to 16th day of the cycle. This process is called ovulation.  These ova are picked up by finger like tubular organs attached to the womb (uterus) called fallopian tubes. The ovum travels through the fallopian tube to reach the uterus.  The sperm from the man enters the woman’s vagina , uterus and from there, goes into the fallopian tube to meet the ovum to form a zygote, which is  the smallest form of the beginning of human life.  This zygote then enters the uterus and lodges there to develop into a foetus and gradually grows there till the woman delivers the baby.

Q:Why does conception not occur in the first cycle after marriage in all couples?

A: All couples who cohabitate together do not conceive immediately after marriage even if they have not been using contraception for the following reasons:

A woman may not ovulate in all cycles.

The sperm may not meet the ova in spite of being near it.

The zygote  may not lodge properly in the uterus.

This fact is  important to remember in patients with infertility.  When a couple starts infertility treatment, they should not be disappointed unduly in case they do not get positive results  in the first or second cycle of trying for a conception.

Q: What are the causes of infertility?

A:  The main causes of infertility are:

Usually such women have irregular periods.

Q: What are the social causes of infertility?

A: 1.Poor quality of sperms can be worsened by smoking and alcoholism.

2.Excessive heat can be a deterrent for the production of sperms.

exercise regularly . These simple and cheap measures could go a long way in  regularizing ovulation.

4.Infertility causes a lot of mental tension. Mental tension can affect the hypothalamus,   an organ in the brain which controls the production of all female reproductive   hormones necessary for proper ovulation and conception.  This is the reason why a lot

of women conceive spontaneously when they are not on any treatment and are not  planning actively for conception.  The tension release in these months probably   removes any hypothalamic block that may be posing a problem for conception.

where the husband is staying abroad, or in another part of the country also suffer from apparent infertility.  The couple

start trying for conception in the 2 or 3 months that the husband is in station, which may prove inadequate for normal

conception.  This leads to over treatment for infertility as fertility has to be artificially enhanced in the months that the

husband is in station.

Q:What are the basic evaluations a couple will have to undergo in case of infertility?

A: The basic evaluations in a case of infertility are

Abnormal vaginal discharge: At the time of first visit, gynaecologist are generally very diligent and look for abnormal vaginal discharge and ask for presence of itching or copious vaginal discharge.  The clear watery discharge coming about 15 days before menstruation is normal and is helpful for sperms to reach the uterus.. However, if there is foul smelling discharge, or itching in  the private parts, it is indicative of infection in the vagina or cervix.  This may be harmful for the sperms entering the vagina and will contribute to infertility.  This is usually taken care of by many gynaecologists by routinely prescribing a course of antibiotics, antifungal and antitrichomonal agents, which are tablets which kill organisms causing vaginal infection

InvestigationsAny factor that affects the motility or patency of the fallopian tube can cause infertility.  Tubal disease has been implicatedin 15-20% of couples presenting with infertility.  The tubal ends are some times closed because of agglutinations.  These can be released through laparoscopic instruments. Releasing adhesions between the tube, ovary, and the uterus can improve the motility of the tube
Ovarian cysts: Resection and vaporization of endoetriosis is the most common indication for laparoscopy in infertility.  Laparoscopic treatment of endometriosis yields a pregnancy rate of upto 60%.

A good clinical examination by the infertiliy specialist can detect many abnormalities, which may then be corroborated with findings of investigations.  Some factors that doctors detect through clinical examination are as follows:
Improper intercourse: Surprisingly, some couples who come for infertility treatment are found to  not even have undergone normal coitus. This happens sometimes because, they are either unaware of how intercourse should be done or sometimes because the man has difficulty in attaining erection.  Embarassment prevents them from disclosing this to their doctors and in this era where many doctors rely more and more on investigations and less and less on clinical examination, this deficit remains undiagnosed, specially when some glaring deficits like low sperm count or very irregular periods is present.  When gross abnormalities are present, the onus of investigations shift to correct these abnormalities and sometimes the lack of intercourse remains undetected!!!
Polyps: Simple growths like polyps near the mouth of the uterus could be revealed by a proper clinical examination.
Galactorrhoea:Expression of milk or a watery discharge from the breasts (Galactorrhoea) could be an indication of increased levels of a hormone called prolactin , which could cause infertility.
Hirsuitism:  Presence of hair on the upper lip, or a male distribution of hair on the abdomen, could be an indication of abnormal hormone levels in the body.  However, it must be remembered that not all women with hair on the upper lip have abnormal hormone levels.  Some could be having just familial hirsuitism.
Body weight: Both excessive weight gain, as well as excessive weight loss are deterrants for normal ovulation .

Q: What are polycystic ovaries: what are the options available for treatment

Normally, women develop many follicle, about 8-9mm in her ovaries.  One of them become dominant and ovulate.  In women with polycystic ovaries, none of the follicle are able to attain a size capable of ovulating.

These women also have excess of oestrogen in them.  Most of them are associated with obesity.  The androgen level is quite often high in these women and they have excess hair on their upper lip and hair may grow in a slightly male pattern.  there may be light pigmentation on the back, called acanthosis nigricans.  Many of them have cells which are resistant to the hormone insulin, which normally digests glucose in cells.  as a result some of them have excess glucose in their blood.

Treatment options; 1.drugs like Clomiphene citrate can be given for 3- 6 months.  giving it for more than 6 months may be harmful .

3.Drugs like metformin and Pioglitazone can reduce insulin levels

Polycystic ovarian syndrome is a condition were the body is resistant to the hormone insulin.  Excess of insulin acts on the ovary to produce more male hormones

This leads to irregular periods and signs like excessive hair growth and lack of ovulation, which may lead to infertility.

The following diet guidelines are useful to practice in women suffering from PCOS:

Two to three servings of fatty fish/week will provide the 220 mg each of EPA and DHA that is recommended.